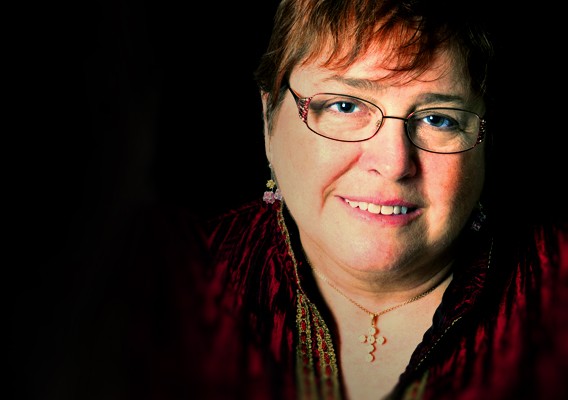 Christina Shipman, a clothing designer, seamstress and business owner for more than 35 years, founded Istina Design in 2010 and established a clothing line that focuses on a woman’s body shape. Her goal is to help women dress beautifully and confidently by understanding and embracing their body shapes. She shares her knowledge as an expert, designs original ensembles for her many clients, creates and sells a line of body shape conscious clothing.

Christina was born in Venezuela and grew up in Florida on the Space Coast.  She began her study of design in high school with courses in fashion merchandising and clothing design.  She went on to study costume design at the College of William and Mary and the University of South Florida where she earned an associates arts degree in theater and a bachelor’s degree in computer science.

Upon graduation, Christina pursued dual careers in costume/fashion design and computer programming.  Ultimately the design career won out.  She held jobs as an assistant designer in a costume house, cut-and-sew in a hospital supply company, a costume mistress for a cruise ship theater company and the owner of a clothing store of local designers.

Highlights from her design career included working as the costume shop supervisor and designer for Busch Gardens Tampa where each year she redesigned a third of the park’s many costumes.  She used her costume design expertise on several Indie films in Florida (winning a Florida Motion Picture and Television Association Crystal Reel award for her costume designing) and owned an online costume company that sold to the Renaissance Fair fans and science fiction communities.

She turned her fashion focus toward what had become her passion– custom clothing design. Christina developed quite a following of private clientele who sought out her garment design skills.

Christina founded Istina Design in 2010 and today helps a wider audience of women look good and feel confident. Her classic, fitted clothing with an unexpected twist is created to flatter a woman’s body shape and express personal style. In addition, she perks up wardrobes with the right alterations and additions.

When not spending time with her family and young grandchildren, Christina enjoys reading, needlepoint and a variety of handicrafts.

We've added new beautiful jewelry to our collection. The breathtaking stones are custom creations exclusive to us.

To avoid the major markup that retail stores have to impose on clothing to cover the cost of retail [...]